The field of Data Science has seen an exponential growth in recent years. Data from the job portal Indeed point to the fact that job postings for data scientists has seen a 75% rise from January 2015 to January 2018. Additionally, job searches for Data Scientist role saw a 65% rise in the same time frame.

Today’s digital age is best exemplified in the large amount of data that is being generated every day. Organizations have already embarked on a hiring spree of Data Scientists to benefit from this data. The scarcity of talent in this role has invariably led to high salary for skilled data professionals.

Given the fact that organizations and individuals have only started realizing the importance of data, the role of a Data Scientist is sure to remain in the spotlight for years to come. There are some skills that are a must for a Data Scientist. This article will discuss the top skills that every Data Scientist must have or gain for sustaining in this field. 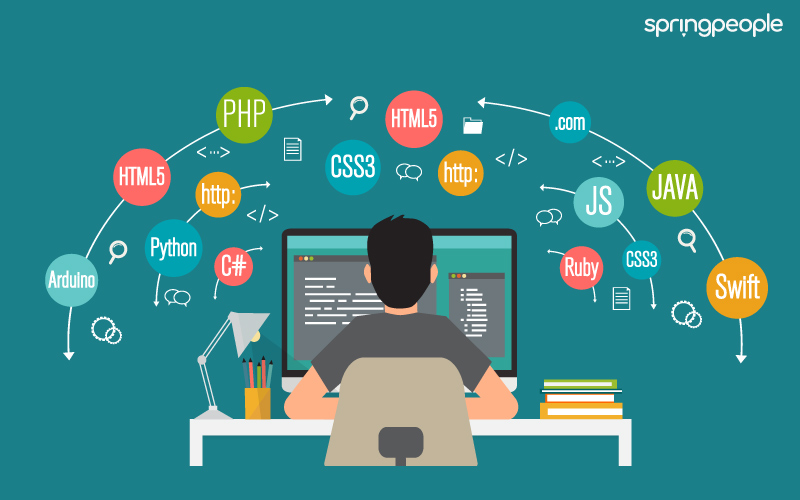 Some of the common programming languages used in Data Science are Python, SQL, Java and C/C++.

A Data Scientist must be familiar with popular analytical tools such as Hadoop, hive, Pig, SAS and R. These tools will help in getting valuable insights from big data. Getting certified in any of these areas is certainly a plus for a Data Scientist.

Data Scientists will need to have the skills of a statistician when it comes to analyzing data. The fundamentals of statistical methods such as multivariable calculus, probability, linear and matrix algebra will help. Having these mathematical skills will help Data Scientists to better understand concepts such as machine learning and neural networks.

A basic knowledge of software engineering comes in handy when Data Scientists are required to work with large data sets or manage entire data logging. In such cases, they will have work with complex software and might also be required to change the core data files.

Data Scientists should be able to identify problem areas, propose solutions and find a way to effectively implement those solutions.

A Master’s degree in either statistics or computer programming (especially an IT one) is going to be an advantage. Students with engineering background can also become a Data Scientist if they have a basic understanding of database languages and computer programming.
It is equally important to remember that Data Science is an interdisciplinary field where an individual’s intelligence matters more than his degree. Did you know most Data Scientists has a degree in mathematics rather than computer science or engineering?

A Data Scientist will have to be curious by nature. Any qualification or experience cannot sustain a career in Data Science, if the individual does not want to know more while he/she is analysing a dataset. The thirst to know more and ask questions is what distinguishes Data Scientists from the other areas of data analysis.

A Data Scientist should be able to understand a given business and its problem areas. If he/she wants to make an impact there, they must be aware of the current market trends, organization’s ideology and workflow.

Communication is a key skill in all professions and it holds true for the role of a Data Scientist as well. A Data Scientist would have to communicate their message to non-technical staff. They might also be required to convince their authorities regarding the validity and authenticity of their findings.

Know What Is An Exchange Server And How It Works »

Know What Is An Exchange Server And How It Works »