I got introduced to RPA only a year back when I got an offer from an RPA based organization. I was at that time working in a non-RPA organization and had no clue about the said technology. The only thing I knew about RPA was its full form which is Robotic Process Automation.

It sounded new and exciting and I accepted the offer and so began my RPA journey. And this is what I learnt about RPA.

What is Robotic Process Automation? 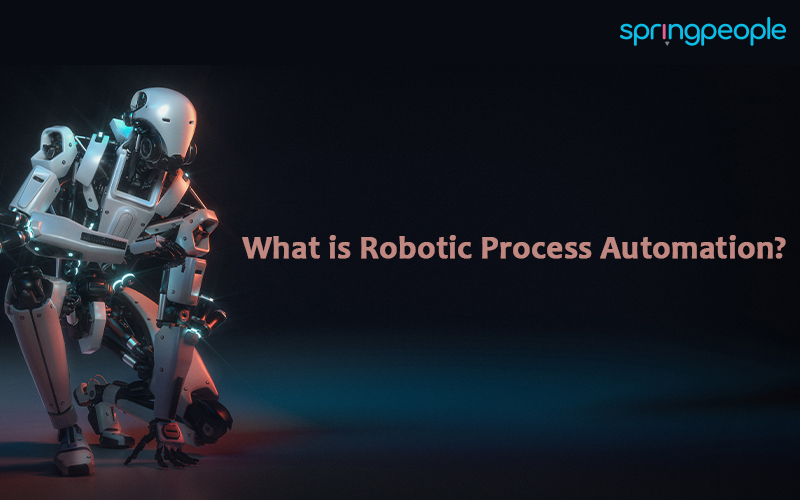 RPA, which means Robotic Process Automation, is literally what is spells out. It automates processes. Now, there is a popular misconception among people in the IT industry about RPA. And it is that, people their jobs due to RPA. This is not true. In fact, it is the other way around. To automate a process, developers are required who will build the necessary software bots for the automation. If this is one part of it, the other part is that, automating a process leaves the employee with time to dedicate to some other more productive work.

Since we are talking about process automation, we need to analyze the kind of processes that are eligible for automation. There are certain parameters which need to be checked for a process to be eligible. Among these, time consumed by the process and the repetitiveness of the process are also considered.

So, what all can RPA do for you?

Well, RPA can make sure that your tasks are performed as fast as possible and without errors.

What sort of tasks can it perform?

So, in essence, the RPA robot will perform the same things a human employee would do except that the task would be accomplished faster and with minimal or no errors.

Now that I had started my RPA journey, I was on my way to understanding RPA – what it is, why and where it is necessary. To get an even better understanding, I decided to dig a little deeper into the world of RPA and this is what I found out.

RPA is made up of a number of different technologies which together form a single technology toolkit. This toolkit can be deployed based on the necessity of process automation. ML or Machine Learning is considered as one of the technology precursors to RPA or what led to the eventual creation of RPA. ML allowed systems to conduct complex, language-based tasks like translation, text summarization etc. Unfortunately, there were and are limitations to language processing by computers which led to the creation of NLP or Natural Language Processing, one more technology in the RPA toolkit. NLP was focused on improving the accuracy of computers in understanding and processing human language.

As technology progressed and the 1990s rolled around, screen scraping made an entrance and was a key step in the creation of RPA. Screen scraping is used to extract data from websites, documents etc. which is one of the key features of RPA. AI was developed further during this period and went on to become the cornerstone of Cognitive RPA.

By the 2000s, RPA had come into being but was relatively unknown in the IT realm. It wasn’t until 2015 that RPA began to make its presence felt. Even though it was around for quite some time, it quickly became the new kid on the block and is now touted as the future of the IT world.

The early RPA versions were pretty basic and were useful in automating repetitive tasks but with limitations. As RPA developed and began to grow wings, Cognitive RPA also grew along. Cognitive RPA relies on OCR or Optical Character Recognition, NLP (Natural Language Processing) and ML (Machine Learning) to understand and process semi-structured and unstructured data, enhancing and expanding the efficiencies of RPA to handle a wide range of activities. When we talk about RPA today, this is the RPA we talk about.

Once I was comfortable with the whats, whys and wheres of RPA, I decided to take a look at the implementation of this technology and learnt using tools (software) like UIPath and Automation Anywhere etc for RPA implementation.

And so continues my affair with RPA.

But this is not the end of my journey. I still have a long way to go on the RPA path as this is an ever evolving, ever changing path that I have chosen to travel. As I continue my RPa journey, I want to give you, dear reader, a glimpse of the future of RPA (or the predictions about the future).

Experts who have studied the evolution of RPA across the years predict that:

The above predictions are just a few of the many.

Come what may, one thing is for sure. The growth of RPA will continue for a long time to come.

Pallavi Prasad is a SpringPeople technical consultant and master trainer. She is a Certified RPA expert and also has mastery over Dot Net, Java, Spring, and C/C++. Pallavi has over 2 decades of experience in delivering enterprise training to some of the biggest global organizations.