Microservices is the hot buzzword in the development world as developers work to devise bigger, more complex applications that are finer developed and managed as a mixture of smaller independent services that work together for easy deployment and application-wide programmability. In a micro-service based architecture smaller services are designed for different modules that can run on their own, rather than keeping all the modules together in the same monolithic service. For example, you can have a small service looking after the billing requisites and another separate service for login. With this developers can concentrate on their specific microservice rather than waiting for alterations from a different module. If anything goes wrong with a particular microservice than it brings down only that microservice; the remaining of the microservices will keep operating. 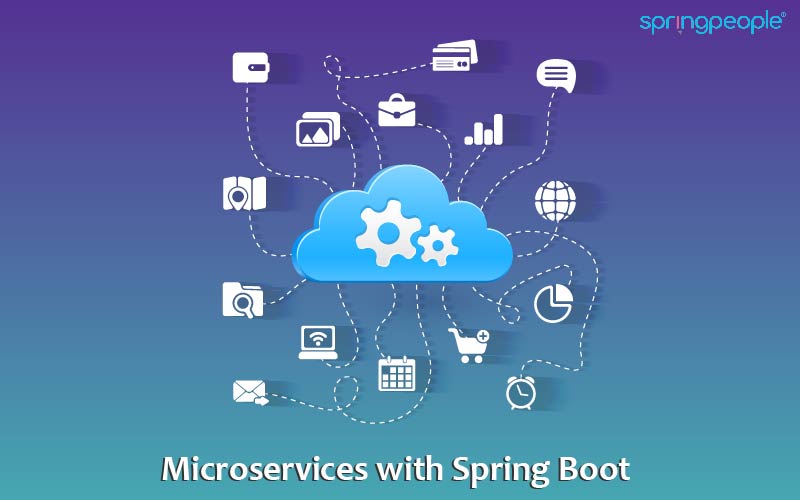 Rather than large teams functioning on huge, monolithic projects, smaller, more agile teams develop the services utilizing the tools and strategies they are most cushioned with. Microservices are speedily becoming so popular and widely adopted industry best practice because they offer a greater flexibility in the way software is build and deployed for complicated projects. They also help classify and formalize the business components which come in handy when there are numerous teams performing on the same application. Microservices can address new features on a shorter span of time and can fix bugs almost immediately. The biggest advantage of microservices architecture is that teams can easily develop, maintain and deploy each microservice independently and this kind of single-responsibility helps reduce risk as the failure of one service will not cause the other services to fail.

The acceptance of Microservices is so high-powered that 86% of developers internationally forsee it to be the default application architecture within the next following years. It will concentrate more on the integration layer that links various microservices together. Once the organization modernizes and enforces a microservices architecture, it has the schematic diagram that can be reused and diversified for future projects and services. It shrinks the risk of fall of the business applications by individualistic functioning and adding new components without lacking downtime and redeployment of the entire system. Microservices are more-and-more adopted and accomplishing fans across various online services like Netflix, Twitter, Spotify. One of the first companies where microservices took a significant role is Amazon where the business was renovated by dispersing down the structures into a single application. This reduced and simplified the pipeline which allowed the developers to recognize where the bottlenecks were helping them reconstruct the applications as service-oriented architecture, each with a small team dedicated to one service. Netflix is also an excellent example of using microservices to beat the scaling challenges. As they conveyed on their blog that the conversion to cloud-based microservices took a lot of time and struggle, but it helped the company to be in a much improved position and become a wide-reaching TV network.

Spring boot is a convenient project which furnishes a comfier and quicker route to setup, configure, and run both simple and web-based applications. It primarily permits constructing production-ready applications speedily without having to worry about configuring the application precisely and makes use of Java which is one of the most famous programming languages in the world. It offers an adaptive way to configure Java Beans, XML configurations and database transactions.

A spring boot application can be deployed with embedded or standalone servers. In embedded servers a JAR file can be generated and run it like any other JAR file while in standalone servers a WAR file is generated for the Spring Boot application (instead of JAR) and deploy it like a normal WAR file.
Boot provides microservice developers the framework which understands that configuration may need to be derived from multiple sources and various ways to overload its opinionated configuration.

The Spring Boot framework module makes it simple and easy to develop stand-alone applications which can run as self-contained deployment units immediately. Moreover, Spring Boot provides starter dependency descriptors that alleviate the need to hunt through sample code and find these descriptors. In addition, developers can create various configuration profiles in Spring for different environments and easily separates parts of their application configuration. Spring Boot automatically aligns third-party libraries throughout the course of a build. It also provides similar features which includes the capacity to build pattern related to distributed systems, embed Tomcat, Jetty and Undertow directly into deployments and production-ready features such as health checks and metrics.

Spring Cloud is actually developed on the concept of Spring Boot to answer some of the problems that developers have to confront when building microservices. It is fundamentally an application of numerous design patterns to be adopted while constructing Cloud Native applications. Furthermore, Spring cloud also alleviates the need for hard-coded hostnames and port numbers by delivering Eureka-based service registry and discovery support. It also provides distributed tracing for debugging issues, single sign-on for increased security and API development agreement through Spring Cloud contracts.

« Natural Language Processing: A Short Introduction to get you started

« Natural Language Processing: A Short Introduction to get you started