AI or Artificial Intelligence is defined as the ability of a digital computer or computer-controlled robot to perform tasks commonly associated with intelligent beings. In simple, AI is the concept of a computer which would have the brain power of human i.e. it can think, reason, react etc. 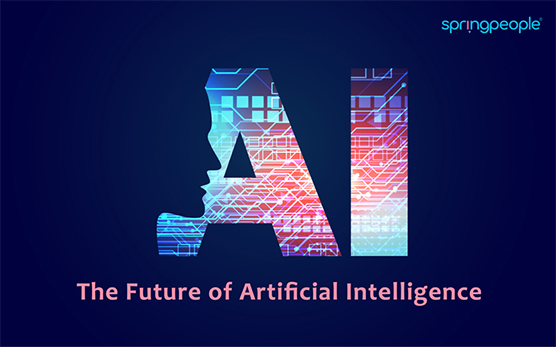 This idea of building a machine or developing a system to simulate the human brain was originally proposed by John McCarthy, a young assistant professor of mathematics in September 1955. His idea was that this system would do everything a human brain does with intelligence and also learn from its mistakes and improve. He called this new field of study as “Artificial Intelligence”.

John McCarthy’s proposal in 1955 has met with partial success in today’s IT world, more than 60 years later. Today, advances in computers and machines have helped us automate many tasks that were manual and cognitive in nature.

One of the challenges AI faces is its broad term is that some technologists argue that any cognitive technology would classify as falling under AI whereas others argue that AI is a technology in its own right. So which is true? I leave the decision up to you, dear reader.

A psychologist would define intelligence as a combination of traits or abilities like capacity for learning, ability to apply what has been learnt, reasoning etc. where each of these is an individual trait. Since all the abilities of human intelligence cannot as yet be applied to AI, research has concentrated on learning, reasoning, perception, using language and problem solving as the main focus areas.

Let us take a quick look at these components below:

This is one of the fundamental components of AI learning models, classified into 2 types:

To reason means to infer something from the given information. This is also a type of learning as the information is used to reason out a possible path which is relevant to solving a particular problem or situation. Reasoning can be inductive reasoning or deductive reason.

Perception is how the scene or environment is viewed. Analysis can be complicated as the perception varies based on the view angle, background etc. Today, AI has advanced sufficiently to be able to use Perception in multiple ways. Face Recognition and autonomous cars are a couple of examples of the usage of this component.

This AI component is a relatively difficult one as one has to take into account symbols and signs as well as the linguistic intonations of any language. A very important characteristic of  human languages is its productivity and evolution, and such languages, as we know, can produce unlimited variety of sentences. This makes it a very difficult process to create an algorithm which can evolve as the language evolves. Another aspect of a language is the understanding. For a response or reaction, the language has to be understood.

Finally before we conclude, let us list a few examples of AI.

In conclusion, what is the Future of AI?

This field is one of the steadily growing ones with innovations and improvements happening at a steady pace. No one can predict the direction AI will take. But one thing is certain, AI is here to stay for a very long time.

Pallavi Prasad is a SpringPeople technical consultant and master trainer. She is a Certified RPA expert and also has mastery over Dot Net, Java, Spring, and C/C++. Pallavi has over 2 decades of experience in delivering enterprise training to some of the biggest global organizations.